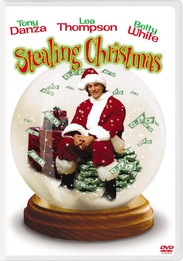 Tony Danza, Lea Thompson and Betty White star in this modern take on the classic tale Dr. Seuss' How the Grinch Stole Christmas. After bungling his latest heist, bank robber Jack Clayton (Danza) flees the big city and winds up in the small town of Evergreen. There, he's mistaken by Sarah Gibson (Thompson) and her daughter, Noelle, as the Santa Claus they've hired to promote their family Christmas tree farm. Jack plays along with the misunderstanding while casing a local bank job. That is, until his growing affection for Sarah, his encounter with a kindly shopkeeper (White) and his conscience cause him to question his criminal ways in this hilarious, heartwarming holiday tale you'll want to watch again and again!