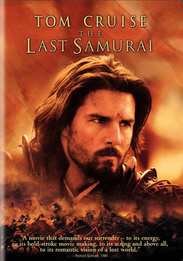 A battered, alcoholic veteran of the Civil War finds himself in Japan peddling Winchester guns. The Emperor makes him a deal that he can't refuse. The American soldier is hired to train the new Japanese army in war tactics.

The new army is set to confront the displaced samurai when the American is captured by the enemy and forced to understand the way of the samurai warriors. Ultimately, he is forced to make a decision as to which side of the conflict he wants to defend.