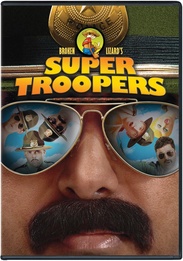 A perpetually pathetic unit of the Vermont Highway Patrol is on the verge of being shut down due to its lackluster highway enforcement record. After losing face when the local police force investigates a murder on its turf, the Highway Troopers take it up a notch and try to solve the drug trafficking problem in rural Vermont.

Rated R for language, sexual content and drug use.