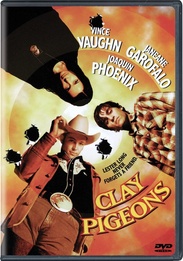 On a sweltering summer day in the sleepy town of Mercer, a comically hellish odyssey begins for easygoing gas station attendant Clay Birdwell. While drinking beers and shooting for target practice in the woods, Clay's best friend Earl turns his gun on Clay and accuses him of having an affair with his wife Amanda. Before Clay can react, Earl shoots himself in the head in an effort to frame Clay for his murder. Clay manages to cover up the mess, but the level of callousness displayed by Earl's widow and his lover Amanda prompts him to dump her. When Amanda catches him in bed with another woman, she plots a venomous revenge.

Rated R for strong scenes of sexuality, language and violence.