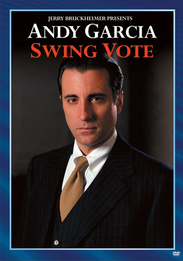 A newly-appointed Supreme Court Justice must settle a controversial moral and legal dilemma with his tie-breaking decision which may also have serious implications on his own family's harmony. Andy Garcia is cast as Justice Joseph Kirkland who, in his freshman term on the court, must wrestle with the dilemma of freedom of choice versus the right to life. Judge Kirkland tries to find a balanced response as the lone voice on the court to weigh in, making his the critical deciding vote. The all-star cast features Bob Balaban, Kate Nelligan, Ray Walston, James Whitmore, with Robert Prosky and Harry Belafonte as Justice Dunn. Newly remastered.