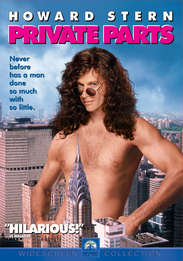 The story follows the life of Howard Stern and the pivotal events that led to him becoming radio's number one controversial celebrity. As we follow along from his childhood through college and beyond we see Howard meet sound effects man Fred Norris, newswoman and side kick Robin Quivers and future wife Allison. As his on air persona develops, Stern finds himself embroiled in controversy everywhere he goes, including NBC radio where he must deal with station manager Kenny.