Chesley Bonestell: A Brush with the Future 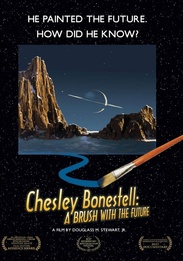 What do the Chrysler Building, the Golden Gate Bridge, the film Destination Moon and America's space program all have in common? They were each touched by the creative talents of a forgotten artist named Chesley Bonestell (1888-1986). Told by the people who were influenced by or knew him personally, and punctuated with rare interview footage of Bonestell himself, this award-winning documentary film chronicles the life of an artistic visionary, whose beautiful paintings continue to inspire us to reach for the stars.