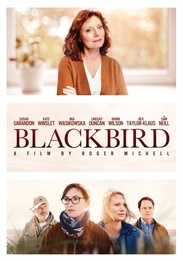 Lily (Susan Sarandon) and Paul (Sam Neil) summon their loved ones to their country house for one final gathering after Lily decides to end her struggle on her own terms after a long battle with ALS. The couple plans a loving weekend complete with holiday traditions, but the mood becomes strained when unresolved issues surface between Lilyâs daughters Jennifer (Kate Winslet) and Anna (Mia Wasikowska). Joining the collective farewell are Lilyâs son in law (Rainn Wilson), her lifelong friend (Lindsay Duncan), daughterâs partner (Bex Taylor-Klaus) and grandson (Anson Boon). Her story is ultimately one of hope, love and a celebration of life.

Rated R for language, some drug use and brief sexual material.