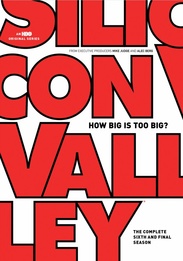 The sixth and final season of Mike Judge and Alex Berg's hilarious, Emmy-nominated HBO comedy finds Pied Piper more successful than ever. After years of false starts, the company has become a legitimate presence in Silicon Valley, rising above the competition with its pledge not to mine user data. But the Pied Piper guys soon come to learn that staying true to their values comes at a price in this cutthroat business. While they deal with the stress of managing a growing organization, Silicon Valley heads toward a conclusion that's funny, smart and fitting for our forever-awkward tech heroes.