Fury of the Demon 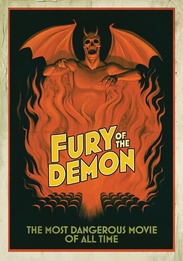 A documentary investigation that traces violent riots said to be caused by a rare and dangerous French film named Fury of the Demon, which was allegedly helmed by French filmmaker Georges MÃ©liÃ¨s. Through conversations with filmmakers, producers, journalists, historians and psychologists, this documentary slowly uncovers the truth about the most cursed and disturbing movie ever made.