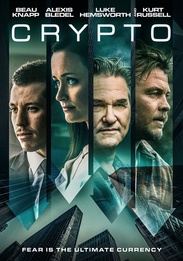 Rated R for language throughout, some violence, sexuality and drug use.