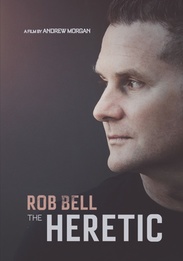 There is perhaps no figure in American Christianity as polarizing as Rob Bell. Once a pastor of the fastest growing church in America and heralded as the next Billy Graham, that all changed when he began challenging the traditional understanding of hell and suggesting that heaven might be open to all.

The film follows Rob with unprecedented access over several years as he challenges deeply held conservative ideals while grappling with some of the most important questions of our time: Can faith and science coexist, or do belief and progress stand in opposition? Is religion insufficient for explaining the complexity of our modern world, or does it give language to something even greater? And do spiritual traditions simply serve to further divide our world, or can they offer real help and hope for a better tomorrow?