It Happened in L.A. 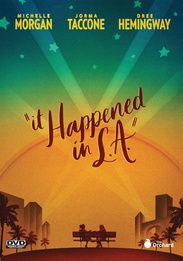 Elliot and Annette are a moderately happy, mostly neurotic L.A. couple. Maybe Annette doesn't enjoy game nights or walking as much as Elliot does, but no relationship is perfect, right? At least, thatâs what Elliot thinks. Annette, tempted by the possibility of something better, breaks it off and dives into the L.A. dating scene. Annette's best friend Baker is well versed on the bleakness of dating in their city. Her dating history is mostly dotted with failed fix-ups and pointless, lingering affairs with spectacularly awful ex-boyfriends. Together, Annette and Baker begin to wonder if the perfect relationship is anything more than an elusive urban myth.