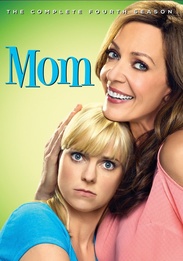 Christy (Anna Faris) is a single mom who, after years of questionable choices, is now sober and trying to get her life on track. She's tested daily by her mother, Bonnie (Allison Janney), whom Christy still considers the root of her troubles, even though she has also gotten sober. Now mother and daughter are working to overcome their past mistakes and build a better future for their family. Christy has gone back to school and is pursuing her dream of becoming a lawyer, while Bonnie attempts to have a healthy romantic relationship and figure out what she wants to be when she grows up. Through all of this, Christy and Bonnie rely on their support system from A.A., including wise Marjorie (Mimi Kennedy), the wealthy and sometimes misguided Jill (Jaime Pressly), and the overly emotional Wendy (Beth Hall). Together, they help each other stay sober and face whatever life throws at them. From executive producer Chuck Lorre.