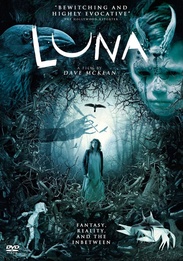 The film follows Grant (Ben Daniels - Rogue One, House of Cards) and Christine (Dervla Kirwan - Ballykissangel) who are struggling to come to terms with losing their baby. Escaping from their arduous daily lives, they take a trip to visit an old friend (Michael Maloney - Babel, Notes on a Scandal) who is living in an isolated house by the sea with his younger girlfriend (Stephanie Leonidas - American Gothic). Over the course of a weekend, their loss is revisited, old wounds are opened and secrets are revealed in McKean's hybrid world of realism, origami crabs and moon men.