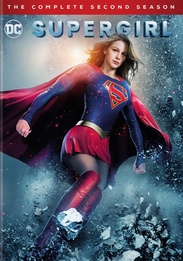 Having left the safety of being Cat Grant's assistant at Catco Worldwide Media in order to figure out what she really wants to do, Kara Danvers (Melissa Benoist) continues to work with Hank Henshaw (aka Martian Manhunter) and her adoptive sister Alex (Chyler Leigh) at the DEO as Supergirl  protecting the citizens of National City and searching for her missing father Jeremiah (Dean Cain) and the secret research lab Project Cadmus. Along the way, she will team up with her Kyrptonian cousin Kal El  aka Superman (Tyler Hoechlin)  to battle new villains both terrestrial and extraterrestrial, from the DC Universe, as she strives to balance her personal life with friends/allies James Olsen (Mehcad Brooks), Winn Schott (Jeremy Jordan) and more with her busy life as a new Super Hero in SUPERGIRL Season Two.