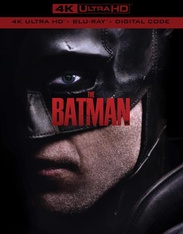 Two years of stalking the streets as the Batman, striking fear into the hearts of criminals, has led Bruce Wayne deep into the shadows of Gotham City. With only a few trusted allies amongst the cityâs corrupt network of officials and highâprofile figures, the lone vigilante has established himself as the sole embodiment of vengeance amongst his fellow citizens. When a killer targets Gothamâs elite with a series of sadistic machinations, a trail of cryptic clues sends the Worldâs Greatest Detective on an investigation into the underworld, where he encounters Selina Kyle/aka Catwoman, Oswald Cobblepot/aka the Penguin, Carmine Falcone, and Edward Nashton/aka the Riddler.