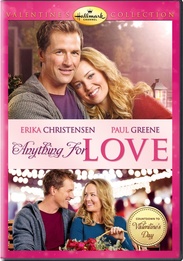 Katherine, a high-powered executive who believes men are intimidated by her career, is persuaded by her friend to create an internet dating profile claiming she is an executive assistant. Meanwhile, Jack, a male nurse, creates his own internet dating profile without realizing his best friend has secretly changed his profession to be a doctor. They are matched and find themselves falling in love, but hiding their true identities proves far trickier than expected when Katherineâs ornery and controlling father ends up in the hospital under Jackâs care.