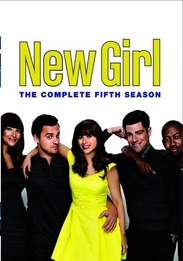 The laughs continue as one of television's wittiest comedies returns for a hilarious fifth season -- and its landmark 100th episode. Although Jess (Emmy and Golden Globe nominee Zooey Deschanel) and Nick (Jake Johnson) remain broken up, Schmidt and Cece (Max Greenfield and Hannah Simone) are headed down the aisle. Disaster arrives when the loft becomes an Airbnb, Schmidt's bachelor party hits the road, and Cece's judgmental mom shows up. Meanwhile, Jess lands a fantastic teaching gig, only to learn her boss is dating her ex, and Winston (Lamorne Morris) gets a great new girlfriend -- or does he?