The Good Wife: The Final Season 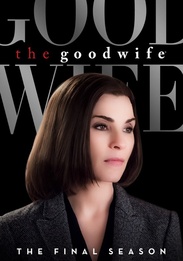 Primetime EmmyÂ® Award winner Julianna Margulies returns for the last time as Alicia Florrick, the âgood wifeâ who went on to create an independent life of her own, in this final season of the acclaimed series. Savor every pivotal episode as Alicia transforms herself from harried bond court attorney into a partner with Diana Lockhart (Christine Baranski) at the firm where her career first took root. Along the way, Alicia meets a new confidant in Lucca Quinn (Cush Jumbo), explores personal boundaries with Jason Crouse (Jeffrey Dean Morgan), hears a stunning confession from Eli Gold (Alan Cumming) and supports her husband, Peter (Chris Noth), in both his run for the White House and possible return to the big house. See how everything comes full circle in the shocking and satisfying finale of this gripping drama.