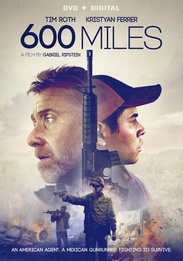 Oscar® nominee* Tim Roth is riveting as Hank Harris, a U.S. agent out to bust an international arms-smuggling racket. While attempting an arrest, Hank is overpowered by a young Mexican gunrunner (Kristyan Ferrer), who makes a fateful decision to smuggle Hank into Mexico and deliver him to his crime bosses. As the two enemies begin a tense journey into the heart of deadly cartel country, they are suddenly bound in a desperate fight for survival in this taut, suspense-charged thriller.

Rated R for language throughout and some violence.