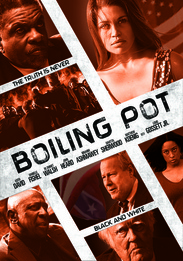 Four students drag a black student through the woods. They hang a noose on a barren tree and lynch him. It is October 2008. Detective Haven (Louis Gossett Jr.) and FBI Agent Long (Keith David) interrogate four students about the lynching: In the backdrop of the presidential election, what began as isolated incident escalates into blatantly racist fraternity parties and, ultimately, a series of racially-instigated murders. In a consciously-shifting society, where modern-day racism and racial tensions have seeped into all cultures â white, black, Middle Eastern, Asian â the characters come to the harsh reality that there are no âsidesâ in life, and that if pushed far enough, everyone can exhibit racist tendencies and behavior.