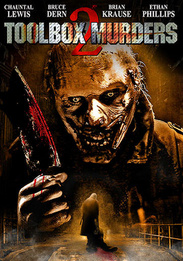 Hollywood, California is turned upside down by a series of strange and horrific murders creating chaos and turmoil in tinsel town. One particular victim is kidnapped, held captive and subjected to witness the torture and murder of numerous other victims. It is by her will, strength, and faith that she must survive the ordeal. Her escape seems hopeless and only worsens when outside supernatural forces become more difficult to contend with than her captor.