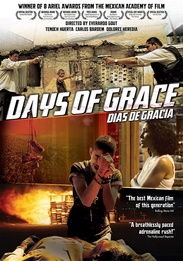 Corruption, kidnapping and vigilante justice fuel this explosive debut by Mexican filmmaker Everardo Gout. Set in Mexico City during three consecutive World Cup tournaments, three lives impacted by kidnappings, intersect. Lupe, an idealistic cop, is tasked to investigate a crime ring and finds that justice has no place when a human life has a price. When Susana's businessman- husband Arturo is kidnapped, she must go outside the law to fight for his release. And Iguana dreams of becoming a boxer even as he is drawn into a lifestyle that finds him guarding kidnap Victim X and facing down a kidnapping mastermind.