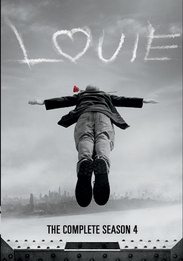 Catch Emmy winner Louis CK's* insightful, edgy humor as Season 4 of Louie brings more family challenges and romantic faux pas than ever. Although Louie's neighbor's niece does not speak English, Louie suspects their fling may have gone awry what with all the crying and shouting. Storms brew when Louie opens for Jerry Seinfeld at a charity event, and when a hurricane blasts through town. And Louie's past is recalled when his daughters behave like he once did, and again when he and Pamela (Pamela Adlon) engage in bizarre foreplay in this hilarious series featuring guest stars including Sarah Silverman, Charles Grodin and Ellen Burstyn.