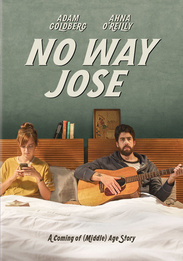 In this "coming of middle age" story, Adam Goldberg stars as "Jose" Stern, a struggling musician on the verge of turning 40 and at a crossroads in his relationship. When his fiancÃ©e discovers a dark secret, she kicks him out and his world collapses. With no other options, Jose is forced to stay at the chaotic home of a friend who's married with children and also falling apart at the seams. As Jose becomes more desperate with nowhere to turn, he seeks advice from his burnt-out friends, his dysfunctional family and an alcoholic ex-girlfriend, all in an effort to find himself, his music and perhaps the love of his life.