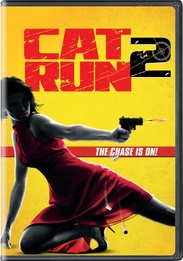 When several high-ranked officials are massacred on their own military base, two wannabe detectives discover a top-secret experiment that threatens their lives and the nation's security. Anthony and Julian -- the wannabe detective team -- decide to take a pleasure trip to New Orleans. Anthony is part of a cook-off competition while Julian is visiting family. During his family visit, Julian discovers that his cousin was considered a suspect in the "sex party" turned massacre. To clear his family's name, Julian persuades Anthony to take on the case, thus discovering a military top secret that they wish they hadn't.