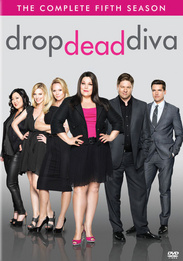 The popular series returns with an all-new season of comedy and drama. Brooke Elliott (What Women Want) stars as Jane Bingum, a shallow model who dies and is reincarnated as an excellent, plus-sized attorney. Jane suddenly has a new guardian angel (Justin Deeley, Couples Retreat) and several new cases, including a student accused of cheating on the SATs, a baseball player tagged for murder, and a beauty pageant contestant who believes the contest she is in is fixed. Not only that, "Old Jane" returns in another person's body. Let the fun begin!