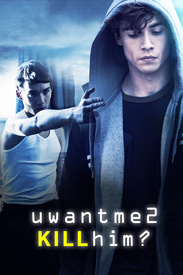 16-year-old Mark (Jamie Blackley, And While Were Here), a handsome and popular high school student, races home every day to chat with his online girlfriend Rachel. Besotted, he promises to do anything for her -- even agreeing to befriend her loner brother John (Toby Regbo, "Reign"), the perpetual target of school bullies. But when Rachel is killed by her abusive boyfriend and Mark and John vow to avenge her death, their actions draw the attention of an MI5 agent (Joanne Froggatt, "Downton Abbey"). Soon, a devastating crime has been committed -- and an unbelievable truth is revealed.