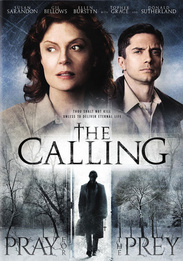 Detective Inspector Hazel Micallef of small town Port Dundas is making her way toward retirement with something less than grace, hobbled by a bad back, a dependence on painkillers and a recent divorce. But when a terminally ill woman is gruesomely murdered in her own home, Hazel and her understaffed department must spring to life. Hazel finds herself tracking a truly terrifying serial killer across the country while everything she was barely holding together begins to spin out of control.

Rated R for violent content, disturbing images and some language.