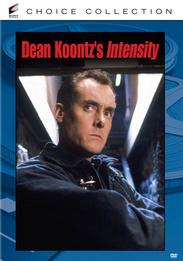 The made-for-television adaptation of Dean Koontz's novel is a gripping re-telling of a psychological suspense-thriller. Chyna Shepherd (Molly Parker, TV's "Deadwood" and "The Firm"), the 26-year-old heroine of this story, is following the trail of the serial killer who murdered her dear friend, trying to stop him from killing another innocent victim. John C. McGinley plays killer Edgler Foreman Vess, a role very different from his comic turn as the brooding Dr. Perry Cox on TV's "Scrubs." Chyna, whose fragile world of safety is shattered with the murder of her closest friend, summons up the courage to face down her own demons and track down the vicious and sadistic killer, no matter the cost to herself. Newly remastered.