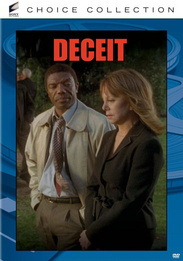 Ellen McCarthyâs (Marlo Thomas, TVâs âThat Girlâ) life falls apart when her husband, Grove(William Devane, TVâs âKnots Landingâ), gets into an accident at sea with his new boat and disappears. Information comes out that Grove embezzled from his company and left Ellen with nothing but debt. As Detective Hal Kazin (Vondie Curtis Hall, Broken Arrow) and lawyer Sam Penney (Brett Cullen, Red Dawn, 2012) investigate the case of Groveâs disappearance separately, it becomes clear that it may not have been an accident, and that there were several people who had the motive to see him gone.