An Oversimplication of Her Beauty 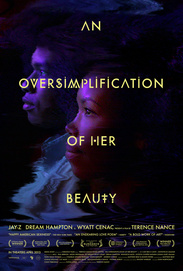 Executive producers Jay-Z, Dream Hampton, and Wyatt Cenac present Terence Nanceâs explosively creative debut feature, AN OVERSIMPLIFICATION OF HER BEAUTY. With arresting insight, vulnerability, and a delightful sense of humor, the film documents the relationship between Terence (Nance) and a lovely young woman (Namik Minter) as it teeters on the divide between platonic and romantic.

Utilizing a tapestry of live action and multiple styles of animation, the film blurs the line between narrative, documentary, and experimental film as it explores the fantasies, emotions, and memories that race through Terenceâs mind as he examines and re-examines a singular moment in time.