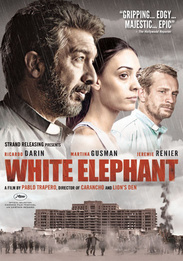 In the "Villa Virgin", a shantytown in the slums of Buenos Aires, Julian and Nicolas  two priests and long-standing friends  work tirelessly to help the local people. Nicolas joins Julian in overseeing the construction of a hospital following the failure of a project he was leading in which paramilitary forces assassinated members of the community. Deeply troubled by his actions, Nicolas finds solace in Luciana, a young, attractive atheist social worker. As Nicholas' beliefs wane, tension and violence grow between the slum's drug-dealing cartels and when work on the hospital is halted by ministerial decree, the faith of the entire community is put to the test.