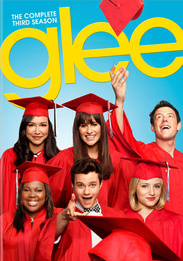 Season Three of the electrifying, award-winning series finds the Gleeks headed for the Nationals â and graduation! As younger members join New Directions, others are about to begin exciting, if uncertain, lives outside it. Featuring some of televisionâs most enthralling song and dance numbers, including memorable hits from the legendary Michael Jackson, Glee continues to earn its place in the hearts of viewers around the world.