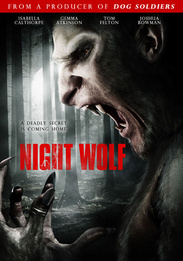 Sarah returns home to her troubled family after a much-put-off visit. As a storm rages through the countryside, she and her family find themselves isolated. As night falls while they're cut off from the outside world, a bloodthirsty, horrifying creature comes out of the darkness, tearing through their home and leaving the group besieged. Trapped and scared, the few who survive its initial attack will put a strategic plan together to stop the creature that is hunting them down limb by limb, only to discover that the creature, itself, is already among them.

Rated R for horror violence and some gore, language and drug use.