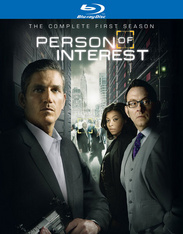 Jim Caviezel (The Thin Red Line), Michael Emerson (Lost) and Taraji P. Henson (Hustle & Flow) team up in this thought-provoking crime action drama from The Dark Knight's Jonathan Nolan and J.J. Abrams' Bad Robot Productions (Fringe, Lost, Alias). Set in New York City, this procedural centers on an ex-CIA agent, presumed dead, who partners with a mysterious billionaire to prevent violent crimes. Using data siphoned off the U.S. intelligence agencies' threat matrix -- information not related to terrorism, but rather violent crimes of a personal nature -- during each episode, the former CIA agent and his enigmatic partner identify a "person of interest" and set about solving the mystery of the impending crime. Tapping into the world's Big Brother-like surveillance network, the shadowy duo knows that something bad is going to happen; it's their mission to discover what that event will be ... and somehow prevent it.