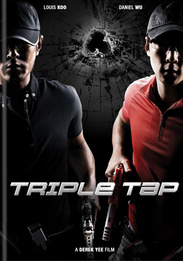 Champion competitive marksman Ken Kwan (Louis Koo) comes across an armored van robbery. He sees a policeman being held hostage and shoots and kills four of the robbers. One of the robbers escapes and the policeman survives. The case is handled by Officer Jerry Chong (Daniel Wu), a fellow competitive shooting enthusiast whom Ken has recently defeated in a match. The two men had befriended each other after the competition. Although Ken's actions were controversial in heavily gun-controlled Hong Kong, the court finds him to be not guilty and he is released a hero. Soon after, Ken is attacked by the escaped robber Pang Tao. Their confrontation opens up a very different background story and brings about a myriad of lies and traps and changes in relationship as Jerry and Ken try to outsmart each other.