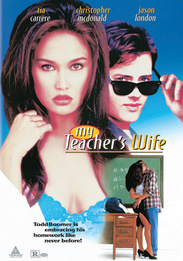 Todd Boomer's (Jason London) carefully laid plans to attend Harvard are about to be crushed by his tyrannical calculus teacher (Christopher McDonald) unless he can somehow pull off a major miracle. When an incredibly gorgeous tutor named Vicki (Tia Carrere) walks into Todd's life, more than his math prayers are answered. Unexpectedly, Todd and Vicki get caught up in a romance that becomes more complex than any equation. When Todd learns Vicki happens to be the wife of his nemesis math teacher, his Harvad education suddenly hangs in the balance.