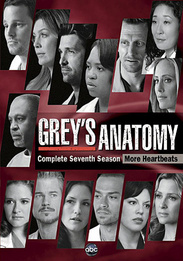 Itâs a year of new beginnings for the medical team of Seattle Grace Hospital as they slowly recover from the tragedy that hit too close to home. New relationships emerge and the strongest commitments are tested in this moving 6-disc set. From successes in the operating room to mistakes in the bedroom â and all the thrilling drama in between â the doctors find a way to survive as long as they lean on one another.

Relive every heartbeat and get even moreâ including the extended version of the moving Musical Event and music videos featuring the doctors like you have never seen them beforeâ only on DVD.