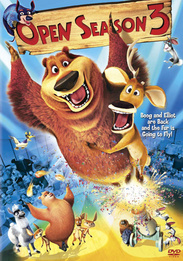 Boog, Elliot and all their forest friends return with an all-new adventure that is their fastest and furriest yet â this time in a big top circus! When Boogâs buddies canât make their annual guys-only getaway, he decides to take a trip by himself. Stumbling across a visiting circus, Boog switches places with a look-alike circus grizzly and takes over his part in the act. But when the circus decides to go back to Russia, itâs a race against time for Elliot, McSquizzy, Mr. Weenie and the gang to rescue Boog before itâs too late!