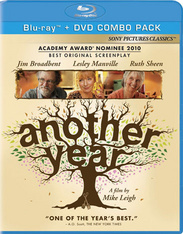 From seven-time OscarÂ® nominee Mike Leigh comes this critically acclaimed slice of life starring Academy AwardÂ® winner Jim Broadbent (Best Supporting Actor, Iris, 2001), Lesley Manville and Ruth Sheen. A happy couple for over thirty years, Tom (Broadbent) and Gerri (Sheen) act as a steady anchor to their unmarried circle of family and friends. But as the seasons change and another year passes, Tom and Gerriâs support is put to the test in this masterful look at life, love and the meaning of friendship.

Rated PG-13 for some language.