Two and a Half Men: The Complete Seventh Season 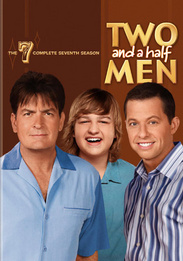 For six seasons, Charlie Harper has loved 'em and left 'em. In Season 7, he gets left. TV's #1 comedy pulls a hilarious switcheroo when Charlie's fiancÃ©e Chelsea meets a doctor (score one) who's generous, thoughtful and mature (score three more). She vamooses, and Charlie - after pickling himself in booze and self-pity - handles the situation in typical Charlie fashion. Which means lots of laughs for Men fans. But Charlie isn't the only Harper making cement-headed decisions. Alan decides the only thing that separates him from a love god is hair. So he tries the spray-on variety. And Jake decides what he needs to navigate the perilous waters of teenage dating is advice. From Charlie.