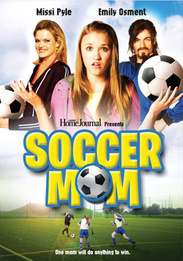 Wendy Handler is a frazzled single mother of four trying to raise her kids the best she can. Wendyâs daughter, Becca, loves to play soccer but is stuck on a team that canât seem to win. When a famous retired soccer star Lorenzo agrees to coach Beccaâs floundering team no one is more excited than Becca. When Wendy causes an accident that leaves the soccer star in the hospital she impulsively decides to masquerade as Lorenzo and coach Beccaâs team herself! Hilarity ensues as Wendy must keep up her charade and not let her daughter find out who their real coach is!

Rated PG for some suggestive humor and language.