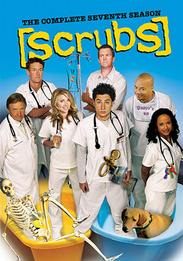 Get ready for an extra dose of laughs, and enjoy every surreal moment as television's celebrated sitcom hits new heights in its sensational seventh season. Elliot, Turk and Carla may be growing older but they aren't necessarily growing up, even as career changes, family issues and love invade the quirky world of Sacred Heart. The best way to enjoy the contagious comedy of Season Seven is on DVD, complete with exclusive bonus features -- including a behind-the-scenes look at the "fairytale" episode directed by Zach Braff, bloopers and alternate lines. It's off-the-charts entertainment you'll want to watch over and over again.